Since April 2020, this Organization has replaced AI translation tools developed by competitors with 'Mirai Translator®'. This article presents the interview with Ms. Mai Kaneko, General Manager of the Planning and Strategy Department of the Telecommunication Technology Committee (in charge of planning), about the background of the switch and the effect of implementation.

Ms. Mai Kaneko, Director of Planning and Strategy Department (in charge of planning)

Issue: Translating a huge amount of incoming and outgoing technical documents in collaboration with international organizations 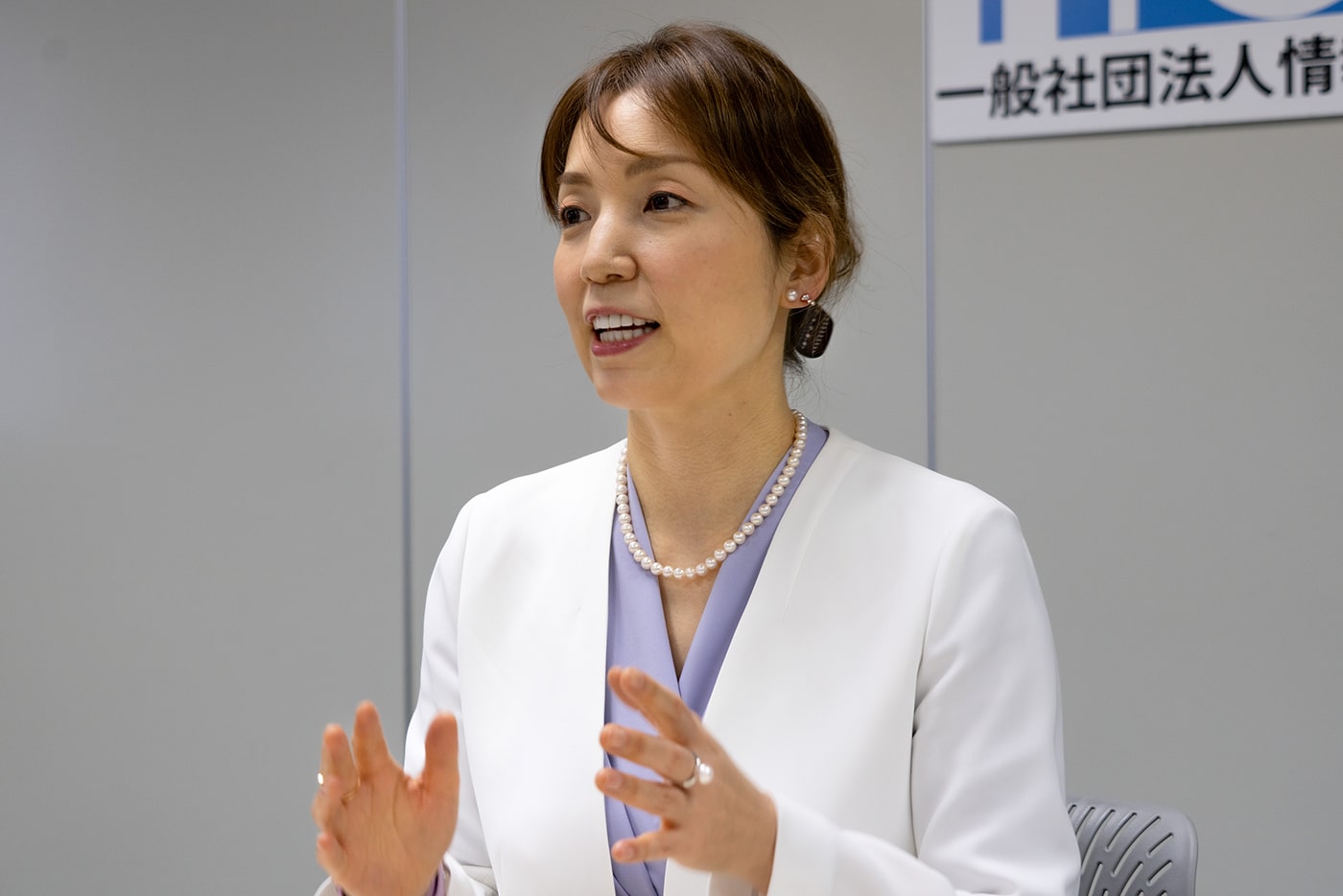 – First of all, please tell us what you are working on.

Ms. Kaneko: As a planner, I am responsible for a wide range of public relations activities, such as the development of TTC business plans and medium-term standardization strategies, and the provision of information on our website, as well as the planning and management of seminars. Recently, we have been collecting examples of international standards that are helpful to companies for commercialization and doing business, and posting them on our website, as well as providing seminars that give a hint for member companies to promote innovation.

– What kind of translation needs and challenges do you have in your organization?

Ms. Kaneko: Translation needs are bi-directional. That is, translation of domestically developed standard technologies from Japanese into English to present on the international stage, and translation of international standards created overseas from English to Japanese to introduce them to Japan. The staff of over 10 people who are involved in translation are very good at English, but the amount of technical documents published by international organizations is enormous, and in most cases, one document is composed of 100 to 200 pages. Due to the constraint in resources, translation of whole pages was limited to significant documents, while as for the rest, only the cover pages and summaries were translated into Japanese for publication. Consequently, complete translation was performed to only about 1/10 of all documents.

However, the international standards prepared in English are far from being well recognized in Japan. As a result, we were concerned that only Japan would be obliged to pursue its own path, resulting in the “Galapagosization of the nation”. In addition, we were also obliged to ask the member companies that really wanted to use the international standards to translate them into Japanese by their own efforts, which raised an issue in terms of the quality of our services.

Reasons for selection: After evaluating translation speed, UI/UX, and the translation quality, we have decided to replace existing tools. 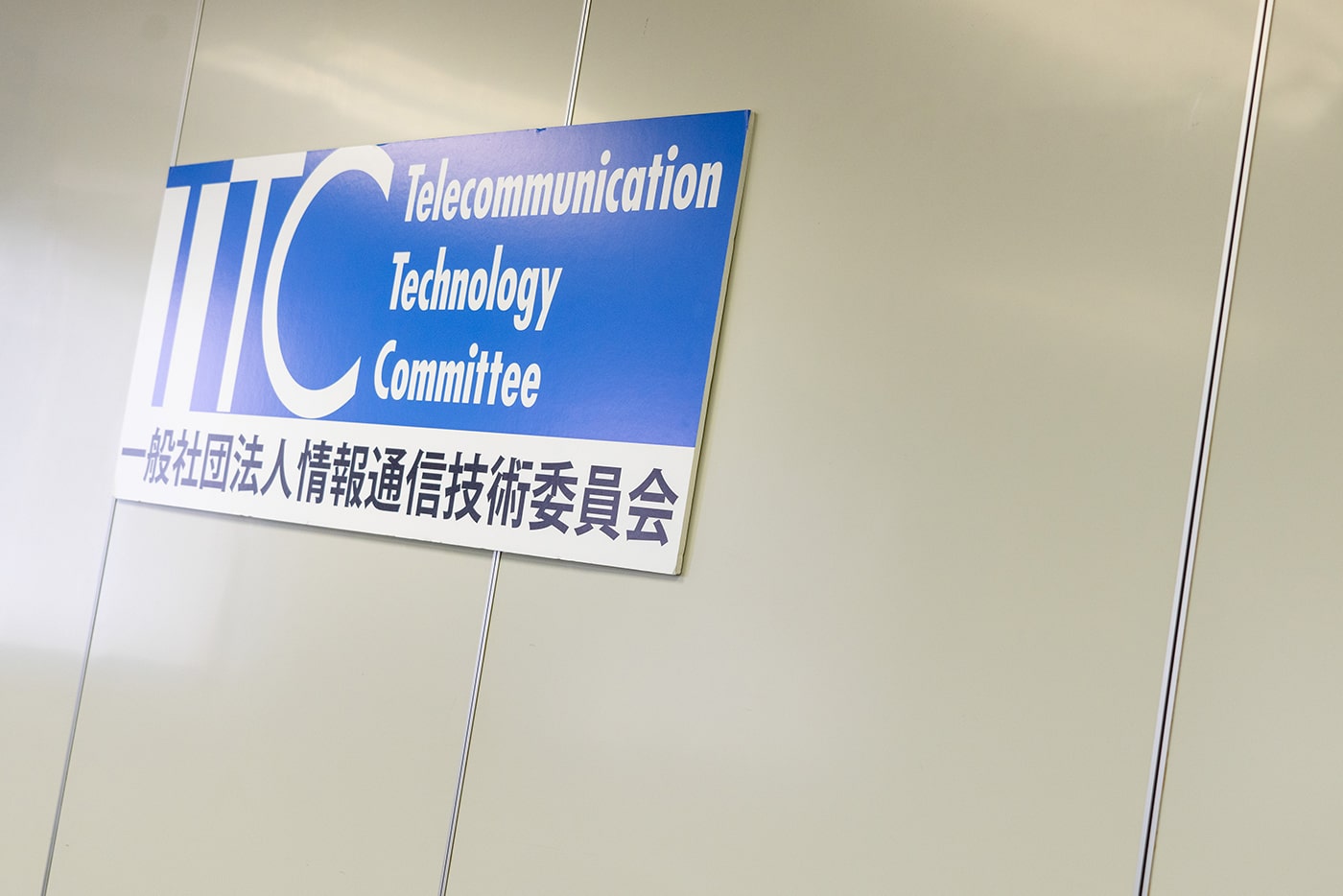 – We hear that you have introduced an AI translation tool, for the time being.

Ms. Kaneko: Yes, we estimated an annual translation volume of about 400,000 words, and introduced a tool commensurate with our budget within the estimated range. Honestly speaking, as far as functionality is concerned, I prefer the other tool that I reviewed separately. When translation was started, the demand for translation was greater than we had expected, and within 10 months the upper limit of the number of characters allowed was reached. Since we are strongly connected with Southeast Asia, it has become clear that there are translation needs of other than those between Japanese and English.

Then, while we have thought over the upgrade of our contract, we received information from the Counselor (Mr. Yoichi Maeda, former Senior Managing Director) that “Mirai Translator® is said to be excellent”, and the Counselor, me, and the staff involved in translation have decided to use it as a 1-month trial. As a result, everyone concluded that “Mirai Translator® is preferable”.

– What points did you appreciate?

Ms. Kaneko: First of all, the translation speed is excellent. The previous tool took time to finish translating both one Word document and dozens of documents, and I was obliged to do other work while translation was proceeding. However, Mirai Translator® is capable of translating with less waiting time, except for a lot of documents, while I can do other tasks on the PC. As all of our staff are used to free machine translation tools that translate fast, they can’t stand the time it takes. Speed is critical for us; the faster the translation, the faster you can share information, understand the content and make decisions, so you can move quickly to next actions.

In terms of UI/UX, some differences were identified, too. Since existing tools required a number of items to be set up before starting translation and they were not straightforward, we needed a briefing session before using them. On the other hand, Mirai Translator® has fewer settings and better visibility, so the staff were all handling it well without specific instructions. 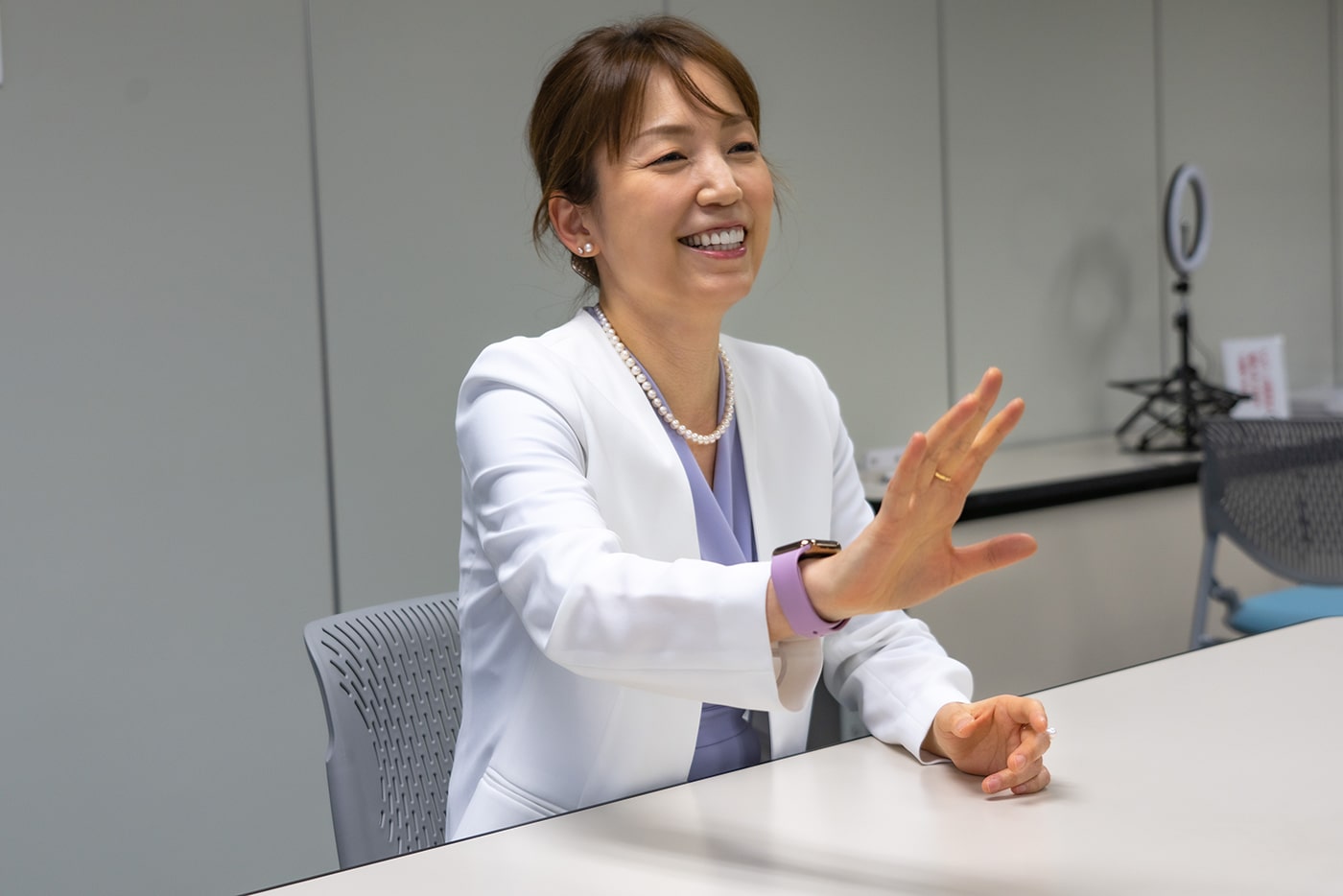 In addition, the Counselor says that “the translation itself is much more suitable.” It seems to me that the terms of the ICT industry are appropriately adopted, and at the same time, the natural translation that a professional interpreter speaks is realized.

Since there is no constraint in the number of characters allowed, we could easily take a trial-and-error approach, which gives us another merit. Because the previous tool was used at a faster pace than expected, after the utilization rate exceeded 60%, I had to stop using it implicitly, saying that “Please let me know when you translate a lot of documents”. I think the staff may have started to feel hesitant when trying to translate. In spite of introducing a tool to improve the business efficiency, constraining the use because of the limit is getting our priorities backwards. I considered that with Mirai Translator®, an environment would be created where we would be able to translate all the documents required for our business without hesitation.

In addition, we are highly appreciating a location-free function that can be used from anywhere, since we frequently travel abroad on business.

Post-implementation feedback: 10 times more technical documentation has been translated to be provided to member companies, while the workload has been reduced to 1/5. 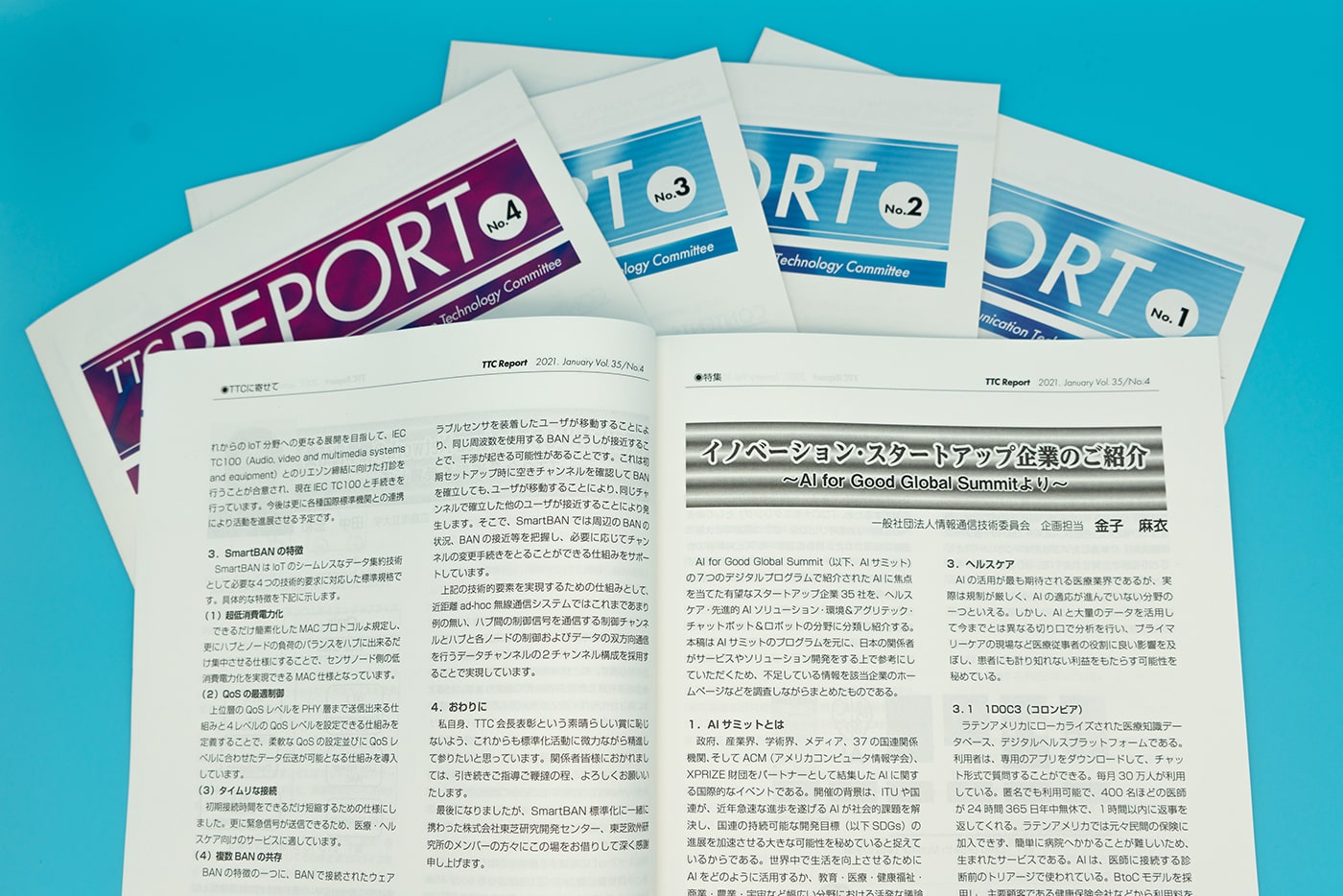 – Since its official use started in April 2020, how do you actually use it in your business?

Ms. Kaneko: I currently use it for the translation between Japanese/English and Japanese/Chinese. In my case, for example, translation is not my main business, but I think it would be better to share information on important international conferences, so I study the information on “AI for Good Global Summit” held in Geneva every year, and I have decided to post the information not just translated but well broken down on our website, in seminars and in reports we publish. Without Mirai Translator®, which delivers fast translations, we could not realize such a fast documentation in the first place. 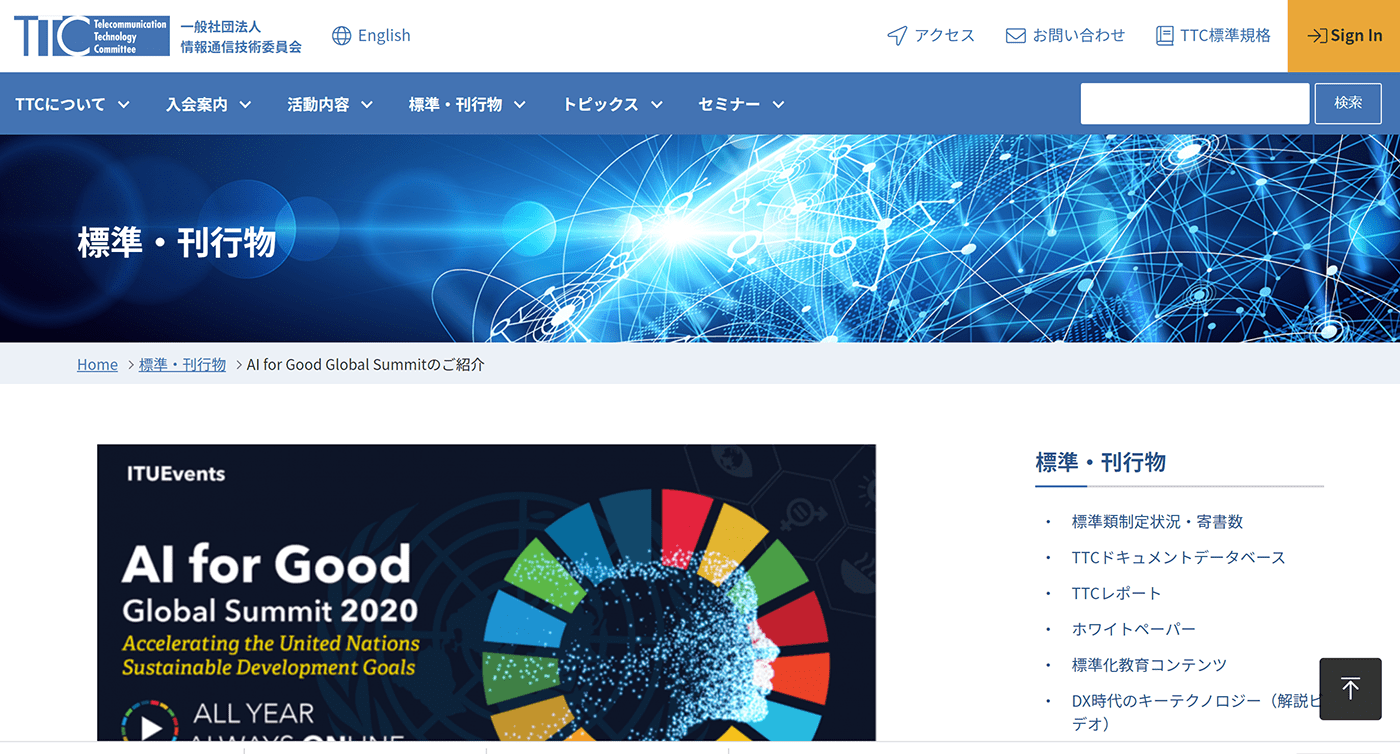 It is said that many member companies use it for translating documents and lecture manuscripts into English to submit to international organizations, or for quickly memorizing the whole technical documents presented. Even if you are proficient in English, nevertheless you can faster understand the content in your native language. In addition, we use it not only for translating technical documents, but also for exchanging e-mails with the persons concerned in China and Southeast Asia. When people are from countries where English is not the official language, it seems easier for them to speak and read in their native languages. 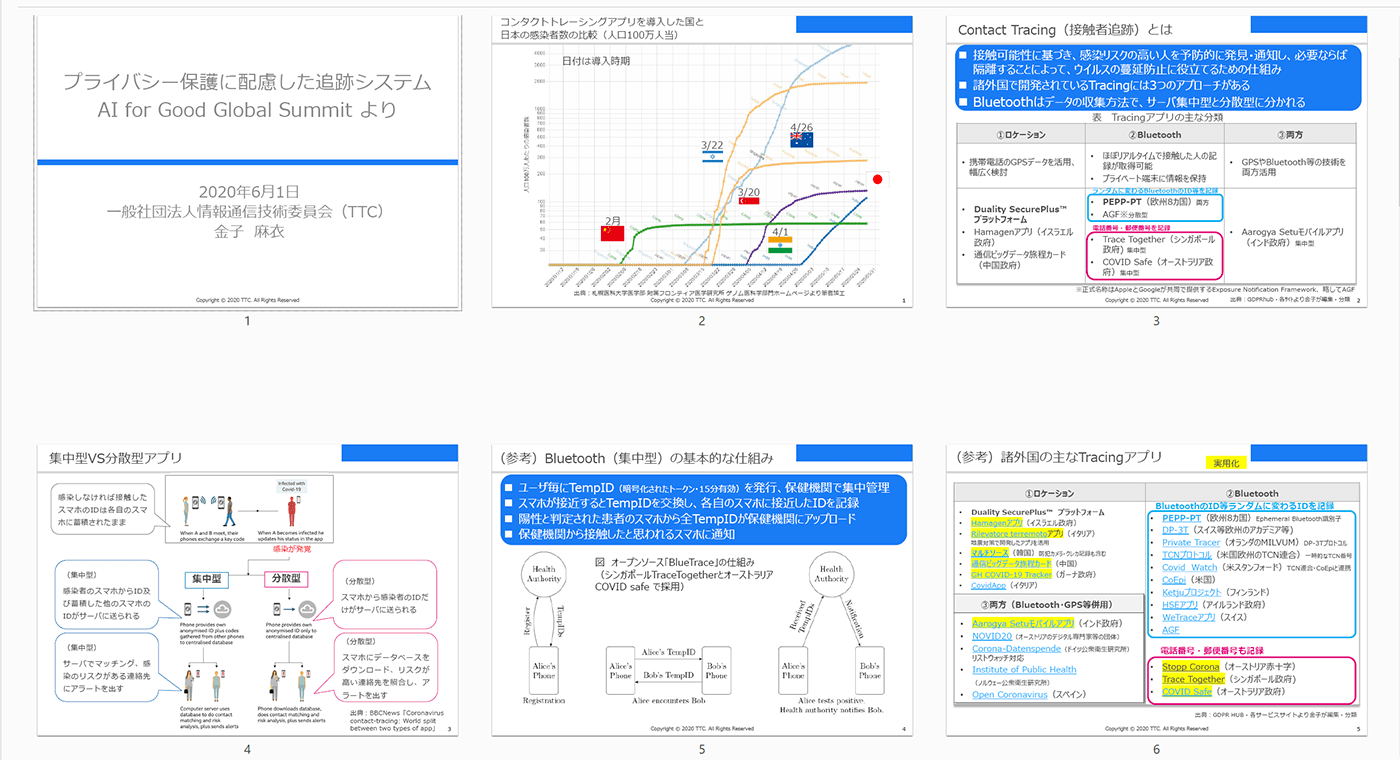 – Please tell us the benefits of implementing Mirai Translator®.

Ms. Kaneko: I have realized that I can now do what I couldn’t do before. As you can see from the example of “AI for Good Global Summit”, the translation volume of about 10 times larger than before has become realized. Furthermore, no constraints are imposed on translating the documents that require translation. This means that the speed, the volume, and quality of the information that we can provide to member companies have improved greatly.

At the same time, the workload has been remarkably reduced. Although individual differences should be taken into account, my own burden has been reduced to about 1/5 compared to before, and I have been told by staff that their burden has been reduced to about 1/5, as well. Furthermore, Mirai Translator® needs less correction work. We often asked member companies to review the contributions that were translated into English and technical documents translated into Japanese, and we used to have received severe instructions for correction from them. In these days, however, they have commented that “corrections may not be required”, which means a more smooth process is realized.

– Lastly, please make comments to those who are considering the implementation of Mirai Translator®.

Ms. Kaneko: This service is worth more than the price. As no limitations are imposed on the number of characters, you can use it without reserve; the more you use it, the more you can find various ideas for usage, and the more you can expand your work. I think that with this tool, the organizations which use foreign languages on a daily basis can help promote further communication.